Imura Art Gallery and Kyoto Bisho Gallery: A Repository of Some of Japan’s and the World’s Finest Old Baccarat Crystal, Imari Ware, and Other Art

The Imura Art Gallery and Kyoto Bisho Gallery are not just treasure troves of priceless works, but a lesson more profound than any text book in how Japanese art has had an influence overseas. Here you can learn not just who the artists were, but what made them tick, and what inspired them to create such magnificent work.
Immersion in Japanese beauty is an integral part of Kyoto’s attraction as a MICE venue, and the Imura Art Gallery and Kyoto Bisho Gallery are the best facilities you could possibly imagine. Gallery owner and director Yoshihiro Imura is not just a collector of Kakiemon porcelain and old Baccarat crystal, but a major force behind the modern-day resurgence.

Nestled against the sacred Tadasu no Mori grove of Shimogamo Shrine (a UNESCO World Heritage site), Imura Art Gallery has displayed contemporary art and porcelains since 1981 in one of the ancient capital’s most historically significant precincts: the neighborhood where the shrine’s priests and staff reside.
Few MICE venues in Japan—or the whole world—can boast a more historically fascinating location.
The basement-level gallery features approximately fifty breathtaking pieces, with some dating back as far as Imaemon X and Kakiemon XI, the Meiji Era artists who helped revitalize modern Arita porcelain art. The Imura Art Gallery’s collection of delicate white “birdcage” style of porcelains made at the Nabeshima clan kiln and large enameled Imari ware vessels in the Kakiemon style on “home visits” from Europe is indeed unique.

Kyoto Bisho is the name of the company that operates the Imura Art Gallery. Since 1961, the firm has endeavored to arrange “home visits” for Imari ware, including kakiemon and other pieces from the Nabeshima clan kilns, that had been sold to Europe as part of Japan’s limited international trade during the nation’s long isolation in previous centuries. Kyoto Bisho’s pioneering work in repatriating works from the Edo (1603–1867) and Meiji (1968–1912) periods has afforded many galleries and art lovers the chance to see these once-lost treasures, and the company remains a powerhouse of specialized, in-depth research and curation.
These days, Kyoto Bisho collects and researches modern Imaemon and Kakiemon porcelain, striving to determine which generation head of those centuries-old workshop made which piece, and trying to discern the inspiration behind each work.
The company is also known for its collection of, and research into, Old Baccarat crystal. These pieces do not bear a maker’s signature, and throughout the centuries have become mixed with crystal from manufacturers. These days, it is therefore hard to tell when a particular piece was made, and thus old Baccarat crystal has become somewhat lost to time. The company is determined to restore these priceless cultural artefacts to their rightful place and ensure their artistic value is broadly recognized through careful research. That painstaking work has seen Yoshihiro Imura amass one of the world’s foremost collections of old Baccarat crystal. His books on his research and achievements have been well received, and the knowledge amassed through years of study is put to good use at the AJA, an appraisal body of experts to which the public can submit pieces for evaluation.

The first-floor gallery space contains a wonderful collection of Western antiques with a particular focus on Old Baccarat crystal from the Art Nouveau era. The gallery also holds seasonal events to show off the exquisite skill and artistry of that age.

Read on to learn about some of the gems in the gallery’s collection. (Text translated into English from the Kyoto Bisho website.)

Old Baccarat crystal adeptly incorporated trends such as Japonism, Art Nouveau, and Art Deco into designs fit for the palatial homes of the old nobility. The neat, understated beauty was a perfect match for the sophisticated sensibilities of the celebrated and mighty.
Baccarat crystal is an expression of perfection of materials and craftsmanship, preserved for future generations.
Indeed, the spirit of Baccarat is encapsulated in the words of one of its founders, Pierre-Antoine Godard-Desmarets, who said that skills should be passed from generation to generation so that they may be improved—a sentiment that remains as integral to Baccarat today as ever.
The incredible level of craftsmanship at Baccarat is highlighted by the fact that many of its artisans have been granted prestigious Meilleurs Ouvrier de France status.
Each piece of Baccarat crystal is a handmade treasure, the culmination of painstaking effort in a red-hot working environment by between 50 and 60 expert artisans. Quality control is strict, and around 40 percent of all completed pieces are deemed unworthy and destroyed. And for those works that demand a higher level of craftsmanship than normal, the stakes are even higher, with between 60 and 80 percent not making the grade. When each piece is imbued with such lofty aspirations, skill and care, it is little wonder that such Baccarat crystal is still widely sought and loved around the world today.

This style began with the original Sakaida Kakiemon and the successful enameling of porcelains circa 1629. The Kakiemon name has been handed down from generation to generation over the ensuing 380 years, and the current Kakiemon is the fifteenth.
Kakiemon I’s masterpieces from the early 1660s were powerful statements featuring fiery reds and intricate depictions that cover the whole vessel. These were far removed from contemporary Japanese tastes, but complemented the baroque styles in vogue in Europe at the time. Over time, Kakiemon’s style gradually became more refined and his depictions more elegant as Imari ware reached its pinnacle in the 1680s.
In this way, Kakiemon’s unique take on enameled porcelains began as a Chinese style that was subsequently nurtured by European tastes before being molded by Japanese aesthetic sensibilities into a new style. A true fusion of Europe and Asia, Kakiemon glazed porcelains evoke the spirit of their time, a symbol of the world coming together as one. By the 1720s, Meissen and other European porcelains could copy the Kakiemon style of colored artwork, while ceramic production in Japan had begun to shift more toward Arita ware.

Nabeshima Naoshige (1538–1618) was lord of a clan in the Bizen area (modern-day Saga Prefecture). His official duties took him to Korea, where he was impressed by the local porcelain, and he brought back some artisans to develop the Karatsu ware industry in his domain.
Hakuji white-stoned clay was discovered in 1605 in Mt. Izumi, a small peak west of Saga and east of Arita by Yi Sam-pyeong, a potter from Korea. Imari ware, which were decorated in the style of the Chinese Jingdezhen porcelain that was popular in Japan, was forced to compete with the real thing, which was being imported in large volumes. The Nabeshima clan planned to harness Japan’s Imari ware skill and establish a new kiln to make porcelains suitable for tributary gifts to the Emperor. To maintain its not-too-close-not-too-distant ties with Arita ware and prevent leaking of its unique techniques, the new manufactory was built in 1628 a mountainous region of Imari city. By harnessing the latest techniques and pursuing a style of beauty that was graceful and elegant but never gaudy, Nabeshima ware established itself as a new style of porcelain that could compete with any of the existing ceramics in Japan. During its heyday between 1688 and 1704, the Nabeshima kiln mostly produced round dishes in several standard sizes, using painstakingly chosen materials and original designs to create pieces that raised the bar for imperial tributes.

Imaemon and the Nabeshima Clan

Nabeshima made sure the overglaze enameling on its porcelains were the best in the land by outsourcing the artwork to the Akaeya studio in the Akae township of nearby Arita. Of the various artisans working for Akaeya, the house of Imaizumi, headed by Imaemon, were particularly favored, and Imaizumis served as the Nabeshima clan’s overglaze enameling artists for multiple generations, with the head of the house taking the name Imaemon. Plain porcelains that passed stringent tests were transported to Imaizumi premises under the watchful eye of clan officials, and it is said that Nabeshima ware was produced amid great pomp and circumstance, with artisans performing purification rituals before commencing their work at kilns hidden by screens bearing the Nabeshima clan crest and guarded by clan officials. Old literature records that the overglaze enameling community of Akaeya recognized the skill of Imaemon as excellent beyond comparison.
When feudalism was abolished and the clans disbanded in the Meiji Era, Imaemon X was no longer bound to serve his former clan as an Akaeya artisan. In 1873, he established his own kiln, where he began producing porcelains in addition to overglaze enameling. With little experience in pottery, his initial efforts were far from successful. The lack of success began to tell financially, too, but Imaemon sought proactively to incorporate new techniques in his effort to promote the resurgence of “iro-Nabeshima” glazing (a descendent of traditional Nabeshima ware) and old Imari ware. Imaemon’s work in this era centered on tableware; the intricate artistry of these pieces are clear illustrations of his relentless pursuit of perfection in Arita ware.

Kyoto Bisho is known chiefly for its antique arts, but the company also has close ties with the contemporary art community through its pursuit of exciting collaborations between new and old.

Imura Art Gallery director Yoshihiro Imura hosts events where attendees can enjoy wine from old Baccarat glasses with expert commentary on the artworks from Imura himself.
These are valuable opportunities for those who want to see and learn about old Baccarat, and Imura plans to hold online events in future.

Amid the various restrictions imposed in response to Covid-19, Kyoto Bisho sought to offer people greater access to at-home enjoyment by holding an online auction from April 20 through May 5, 2021.
A variety of carefully chosen works were put up for sale, including classic Baccarat and Saint Louis crystal, with no reserve prices. Kyoto Bisho’s aim is to make auctions a more approachable, everyday event among the public, much like they are in France, where public auctions are a deep-rooted custom.
In keeping with Kyoto Bisho’s desire to help the world overcome Covid-19, some of the auction’s proceeds were donated to a fund for activities to help halt the virus’s spread. Moreover, the company presents online art auctions as a new way for people to consume and enjoy art in a Covid-defined era. And, of course, they are a way of supporting artistic endeavor. For these reasons, Kyoto Bisho plans to invest greater effort into online art auctions.

Director of Imura Art Gallery. Took over as president of Kyoto Bisho in 1981 upon founder’s retirement, served until 2019. Uses his deep knowledge and passion for art to provide expert commentary to visitors on the wonders and intricacies of the museum’s collection.
Imura’s son Ryosuke took over as Kyoto Bisho’s president upon his father’s retirement.

At JAPAN MICE NAVI, we welcome inquiries about: 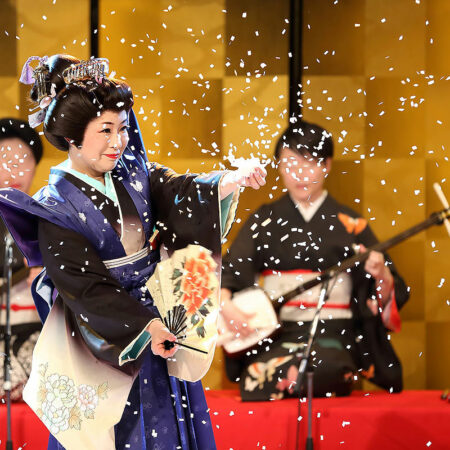 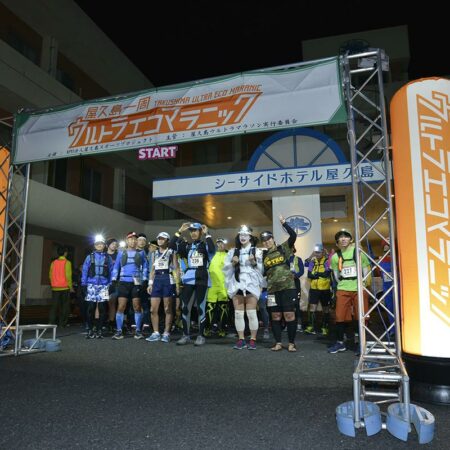